You've gained Light Burst! To use this ability, either press or hold LB in order to cast Light Burst.

—Ori and the Blind Forest

Light Burst is considered the 10th skill in Ori and the Blind Forest, and the second new skill introduced in the Definitive Edition by itself. Light Burst is learned through Sol's light in the Lost Grove.

On an Xbox One controller, tapping LB will cause Ori to cast bluish spheres of light into the air. Holding LB and toggling the Left Thumbstick will allow you to change the direction that the light travels.

On PC, press 'R' to cast bluish spheres of light. Holding 'R' and moving mouse will allow you to to change the direction and distance that the light travels.

Aiming and firing Light Burst onto special lanterns will light them, revealing secret passages previously blocked by unbreakable barriers. Ori can Bash off of Light Bursts. 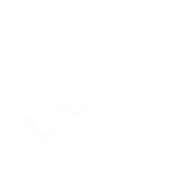 Light Burst icon
Add a photo to this gallery
Retrieved from "https://oriandtheblindforest.fandom.com/wiki/Light_Burst_(Blind_Forest)?oldid=15183"
Community content is available under CC-BY-SA unless otherwise noted.