Ori and the Will of the Wisps
The Kii are a mysterious monkey-like race. They seem to be native to the Silent Woods, living there before Decay ravaged the landscape. They elected to stay there, and appear to be completely unaffected by the negative effects the Decay may cause.

All Kii seen in the game are grey with a white beard, and wear a stone mask that show their white eyes. They sit in a hunched pose, and speak in a raspy tone that echoes in the emptiness of the woods.

One notable and unnamed Kii once ran a garden in Silent Woods, keeping countless trees. After the Decay arrived, the garden withered away. Ori's initial encounter with this Kii is where he is standing next to his last tree, which he refers to as his "last daughter". He blames the Guardian Spirits for causing the tragedy, shunning them for supposedly abandoning them when they were needed the most. This Kii asks Ori to find a gardener, which maybe could help restore the last tree, and proceeds to give them a Lifeless Branch that was once part of the tree. Tuley informs Ori that there's nothing he can do to save the dying tree the branch comes from. Moreover, the branch could cause other plants around to wither as well. He notably brings up that, despite his love of flora, he will not hesitate to burn any plants that have become inflicted with Decay, which is referred to as "Crawling Stone" in this dialog.

After bringing the bad news to the Kii, he gives Ori the Last Seed. Ori can bring it to Tuley, who plants the seed. The seed grows into an Ancestral Tree (albeit with no associated Spirit's memory within), providing access to the Ancestral Light passive ability. Tuley comments on it, saying that the seed is from an ancient tree, long before other inhabitants came to the forest. Once it is planted, the tree will stand long after. After planting the seed, the Kii comes to the Wellspring Glades and can be found next to his tree, claiming that he may witness the last seed becoming the "first tree". 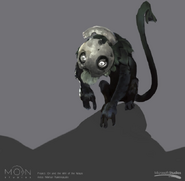 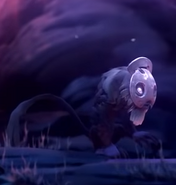 Retrieved from "https://oriandtheblindforest.fandom.com/wiki/Kii?oldid=15160"
Community content is available under CC-BY-SA unless otherwise noted.