"The waters of Nibel once flowed through this very tree... Now it's all rotten and dried up inside. We shall restore the flow, the Ginso Tree's heart we must find."

—Sein to Ori, in the Ginso Tree

The Ginso Tree is a gigantic tree in the forest of Nibel. It houses the Element of Waters inside its trunk and was responsible for purifying the waters of the forest that passed through it. After Kuro's actions caused the Spirit Tree to lose his power, the Ginso Tree became rotten and dry, its inner chambers wrecked with the decay of the blinding.

As part of Ori's journey to rekindle the Elements of Light, they must first obtain the Water Vein from Gumo in order to enter the Ginso Tree.

Inside the Tree Edit

The majority of the time spent in the Ginso Tree involves solving platforming puzzles and climbing situations in order to reach the top where the Element is kept. During the ascent, Ori learns the Bash skill from an Ancestral Tree, an ability that allows them to catapult off of various objects to gain extra height, redirect projectiles to open up areas or even damage enemies. The Ginso Tree's primary secret is the single Energy Cell that is often missed, but easily accessible once Ori has been given the Bash skill.

At the conclusion of the Ginso Tree, Ori rekindles the Element of Waters and subsequently causes a gigantic flood to rush up the inside of the tree, triggering the Water Escape sequence. During the escape, Ori must use all the skills they have learned to avoid the rising water, as touching it too many times results in damage and death. In the original game, and on Normal or harder difficulty in the Definitive Edition, dying at any point during the escape will force players to start from the beginning of the section; on Easy difficulty, extra checkpoints are added to make this section simpler to beat.

As Ori reaches the top of the tree, the rekindled Element of Waters causes a thunderstorm which begins to wash over the forest, purifying the forest's corrupted waters and making swimming now possible. Suddenly, Kuro appears, and pushes Ori off the top of the Ginso Tree and to their apparent doom. They reawaken later, thanks to Gumo's help, in the Thornfelt Swamp. 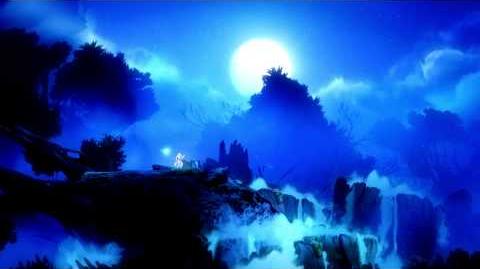 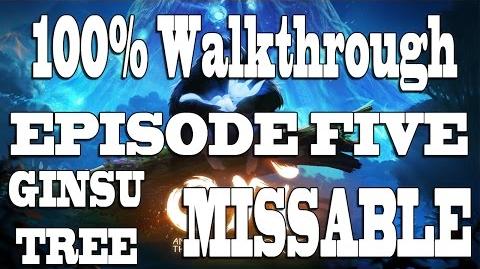 Retrieved from "https://oriandtheblindforest.fandom.com/wiki/Ginso_Tree?oldid=12674"
Community content is available under CC-BY-SA unless otherwise noted.