You've learned Charge Jump! To use this ability, hold W (LT/L2) then press Space (A/X) to leap extra high into the air! - Ori and the Blind Forest

Charge Jump is the final skill Ori learns to progress (excluding optional skills from the definitive edition) Holding down W (LT/L2 on consoles) while on the floor will charge up the jump. While the jump is fully charged, press Space/Z (A/X on consoles) to boost up into the air. Holding down the button will also make you jump higher.

It also deals a lot of damage, so it's useful for attacking enemies up in the air, such as the ones in Mount Horu, Charge Jump can kill them in one hit. 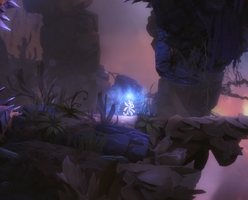 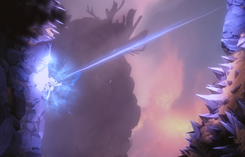 Retrieved from "https://oriandtheblindforest.fandom.com/wiki/Charge_Jump?oldid=14845"
Community content is available under CC-BY-SA unless otherwise noted.